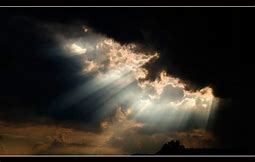 It’s a waste of time. There’s nothing good that can come from using it. It will cause brain death. If God had wanted us to have it, He would have created it. Have you ever heard these phrases before? Even if you haven’t personally, you’ve probably heard about them, or read about them in some book somewhere.

History shows us that change; technological change is not always embraced wholeheartedly. When the horseless carriage was first introduced, there were people who didn’t want it. History tells us some of the reasons why: It spooked the horses sharing the road with them; It was noisy; It was more expensive than a horse and buggy; It would be too dangerous because there would be no horse to help the driver shape the path.

As far back as we can search, there have always been some people who have felt uncomfortable with new technologies. Believe it or not, the radio and the television had some harsh critics. Some complaints about them stemmed from the belief that their usage would hamper intellectual development. There might be some today who would feel comfortable holding onto that assertion.

I could conduct a historical survey to more factually represent how people have stood against technological change through the years; however, that’s not the point I want to make. I want to talk about Facebook and other social media in general. I find it confusing that there are people in my generation (Baby Boomers), who show little interest in Facebook. I often hear comments like: “I see no good use for that Facebook stuff”; That stuff takes too much time”; It’s too complicated”. Often, upon further examination, I find people who make such comments are indicting the technology because they see no utility in it. These are probably some of the same people who would have been against television, radio, the horseless carriage and other innovations that have proven themselves useful in making life more convenient.

One of the debates I hear often takes place in the church. The older, more conservative church members are often dead set against introducing new technologies in service to the Lord, while millennials are continually decreasing in numbers. There seems to be some notion that using new tools to spread the gospel will somehow diminish its integrity. I find that interesting, since the Holy Scriptures show plainly how Jesus used different approaches to share God’s message with everyone. The approach was different, while the message was the same. God’s love came through to whomever He encountered.

Think about this for a minute: A pencil is a computer. You use it to represent language in word form, draw images, as well as a host of other activities where chronicling data is necessary. Your laptop is used to accomplish the same things as a pencil. Of course, I’m not talking about all the storage capability, accessing the internet and other things that obviously a pencil can’t be used to accomplish, but the basics of the two technologies are there with both.

If you ever hear someone say, “If God had of wanted…”, you might want to ask them, “How do you know He didn’t?”