“Grow old with me! The best is yet to be”.
Robert Browning 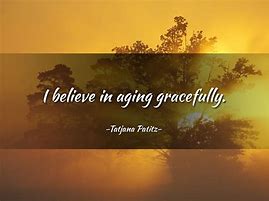 I just finished reading an article in my local newspaper titled, “If age is just a number, what does “old” really mean? The article was written by Steven Petrow of the Washington Post. In Petrow’s article, he explores a number of variables that one might consider when determining whether old age has entered their life: where you live, how well you’ve cared for yourself, how many years you’ve lived, do you think of yourself as old, and other determiners. Petrow is sixty. At the end of his article, he says he decided to use something called the Northwestern Mutual Life Insurance life span calculator, which asks thirteen questions to determine whether one is old. After taking the test, Petrow sees that he has thirty-three more years of life expectancy, barring some catastrophic accident, death from a serious illness, or who knows. This tool also determines that he won’t reach the threshold of old age until he’s sixty-eight.

As I was reading Petrow’s article, I found myself thinking why for god’s sake is he even thinking about old age. Of course, I have considered myself old since I was sixty. Am I applying a double standard, you might ask? No, I don’t think so. However, I am assuming that Petrow isn’t afflicted with some awful chronic illness like cancer. Yeah, I know you probably see where I’m going with this, especially if you’ve read any of my stuff before. I’m that guy with Multiple Myeloma; for going on twenty years by the way. That guy who, when diagnosed on March 12, 2,000, didn’t expect to be around for maybe two or three more years. That guy who has seen other Myeloma warriors, diagnosed around the same time as he, and after, exit this corporal existence.

Do you see now, why I consider myself as old? Oh, and don’t forget “blessed” as my handle so unashamedly proclaim. Each day that has seen me trapes through it, past sixty, has been joyfully considered old for me. I’m not supposed to be sixty-eight. I’m not supposed to be enjoying the presence of family, friends and loved ones, peppering my remaining years with fun, excitement, joy, frustration and all the by-products a life produces. Maybe you might think I haven’t been old since sixty. Maybe you think I should consider myself still taking sips from the “fountain of youth” as Mr. Petrow. I won’t argue with you. I think it’s nice that you think that way. But, for me, I’ll take old age; a vibrant and blessed old age, as my lot and be darn glad about it! I can’t, all things considered, apply the Northwestern Mutual Life Insurance life span calculator to my life and feel relatively sure that I’ll be around for twenty-five more years, with an entrance into old age at seventy. My circumstances are drastically different compared to Mr. Petrow; however, I have nothing to be dismayed about. You see, my creator has dealt me a wonderful hand; one not assigned value by chance, but by the miracle of divine providence.

Yes, I’m old and blessed, and I hope you’ll experience it at an age far beyond the years that I’ve assigned to me.

On a recent morning, as I was driving to church, I noticed something; something I don’t take account of enough. The sheer beauty of everything around me. Whenever I take this route, which is on the expressway, I’m normally barreling down the road at speeds that provide the functionality for me to quickly get to where I’m going. I’m not usually conscious of what’s around me. It’s been unusually wet in Arkansas for the last few months. This moisture has contributed to keeping things very green. Maybe it was the greenery that caught my mind’s attention? If not that, then certainly the majesty of the sky. I’m driving in an eastwardly direction when going to church, and the sun is at its early stages of ascension at this point. The flora, the sky, the sun, all spoke to me gently. Their voices were alluring and caressing. They wanted me to look, consider their beauty, consider the art of the creator.

As I drove, I considered the words from the holy scriptures, where god has finished his work of creation. Genesis 1:31 says,” Then god saw everything that he had made, and indeed it was very good…” We just finished a week-long study of stewardship in this year’s vacation bible school. We covered five lessons on this topic: Stewardship of the earth, our lives, our resources, our relationships and the gospel. Maybe I was experiencing some residual effects of these wonderful lessons, as I drove speedily down the expressway? If so, I would say that’s not a bad thing. Isn’t the holy word supposed to influence our lives. Isn’t it intended to be more than a point on a church program, or entertainment from the pulpit?

I’m always amazed whenever I read the story of creation, up to the point before mankind is deposited amongst all the beauty god spoke into existence. The account in Genesis tells us that he put the first people here to work, and to be good stewards of all that he provided for their existence. From the looks of things, I would say unequivocally that we’re not doing a very good job. By the way, taking care, in my interpretation, means not only the beauty that seemingly sprouts from the earth, but each other too.

Lately, I’ve been fascinated by all that’s occurring on the African continent. Africa is a continent that’s rich in resources: people, minerals, human energy and ingenuity. There seems to be a strong interest on the part of Europe, China, America and lately Russia to establish business relationships with countries on the continent. It seems hundreds of years of colonization (not by China and Russia) didn’t provide enough time to siphon off enough of the various nectars from the beauty the continent offers. I pray that there will not be a point in the future, long after I have transitioned, that Africa will not be suffering from damage caused by greed. 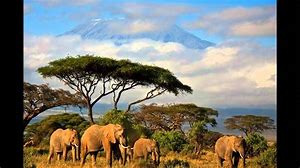 The beauty of it all is all around us. As the saying goes: Stop and smell the roses. The aroma of the creation is to behold. Let your senses experience it to the fullest they are capable of sensing. 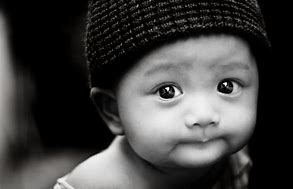 If you’re reading this and you’re one of the few who follow my musings, you know I try not to write too much about the dark things that hound us. I just finished watching a video that moved me to tears. I had a strong debate with myself about whether I should write about what I watched. My heart won the argument. I’m writing about this to deal with my emotions. Self-serving, I know, but my intentions are good.

A few days ago, a four-year-old child by the name of Maleah Davis went missing in Houston, Texas. Of course, the normal amber alert and other efforts were activated in attempts to locate her. Her dismembered body was later found on the side of Interstate 30, over three hundred miles from Houston near Fulton, Arkansas. Arkansas is the state in which I live. Authorities say Maleah’s body had been dumped on the side of the Interstate, and sometime afterward, run over by a mower, performing regular highway maintenance.

I won’t get into any more details reported in the news about circumstances surrounding this precious little girl’s “far-too-early” exit from her young life. The preceding details may be too much, as scant as they are, for you. They certainly were hard for me to write about. However, I guess I should say that there was CCTV footage of Maleah’s mother’s boyfriend carrying a laundry basket from the apartment in which they lived, containing a garbage bag. Enough!

Billie Holiday and Arthur Herzog, Jr. composed a song in 1939 titled, “God Bless the Child.” The lyrics start with:

I’m not exactly sure what the lyrics to this song mean fully; however, I do feel strongly that little Maleah wasn’t blessed, and she didn’t have her own; her own opportunity to live a full, blessed life. Our children are among our most precious of God-given resources. They provide sunlight in our lives today, and they are inheritors of the future. When we abuse them, misuse them and cut them down, preventing the harvest of all they have to offer the world, we commit the most heinous examples of what inhumanity looks like.

God bless you Maleah, and may you rest in peace. I wish that had been so on this side.