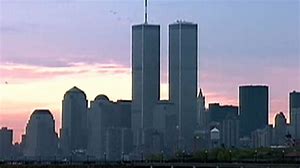 Today is September 11. I sat at my keyboard early this morning, wanting to write something about September 11, 2001. Of course, that was the date of the tragedy involving the destruction of the twin towers in New York. There were many ideas circulating through my mind, but I couldn’t settle on just one. As I watched the national evening news, there were some images that cinched it for me.

Images often tell a story in a much more powerful way than words can ever do. It’s at that time when we see a certain image, the adage about “a picture is worth 1000 words” is arrestingly real. All the television news programs, local and national, devoted time to commemorating 911. The national news program I watched showed images of people standing at a podium, at the sight of 911, making comments about the loved ones they lost in the tragic event. There was also the customary naming of the nearly 3,000 souls who lost their lives that day. My television screen seemed to speak to me about the diversity of individuals participating in the memorial event. There were faces of all hues, making comments as they shed tears that were as fresh today as they were eighteen years ago. One lady even spoke in Spanish, which presented a degree of poignancy that I prayed gripped that hearts and minds of all Americans who saw and heard her.

Many have said that America is more divided now than it has been in quite some time. I take issue with that characterization, preferring to believe that we’ve always been divided. There are times when civility places a thin lid over how we truly feel about each other and are willing to demonstrate those thoughts in actions. Why can’t we remember all the numerous times in our history when people from every stripe imaginable have paid the price in suffering unto death to preserve freedom, voluntarily and involuntarily, for all of us? Why can’t those of us, who think we are somehow superior to others, look at what I saw on the evening news and realize that the highest of prices have been paid by a diversity of individuals for these amber ways of grain?

I remember 911 and how it caused large numbers of people to visit houses of worship. People tend to think about the value of their relationship with their maker after such tragedies. Unfortunately, that need to connect with powers greater than themselves wears off soon. I also remember the hate many showed toward people who looked a certain way, as if the evil minds that steered the planes into the twin towers were somehow a contagious condition that affected others who had brown skin, or wore a turban, or spoke with a certain accent. The angel of death chose liberally on 911, taking the lives of people who represented a bouquet of colors and ethnicities. All the blood shed that day was red! All the lives sacrificed were God-given. 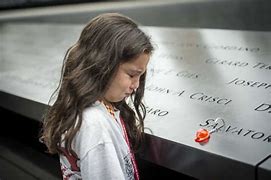 It takes many, over generations to make a nation great. A nation’s greatness is not to be enjoyed by one group at the cost and sacrifices made by many other groups. God bless America and all who reside within her.