Each day, I rise to the flood of all that’s going wrong in the nation, the world, and sometimes it seems like the universe. I get so tired of political squabbling that has no value to my life. Republican, democrat, conservative, all are convinced they have “the” solution to the problem. When I look closely, I often discover that the problem is them. Their incessant arguments brought forward, attesting to what is best for me and all the others who make up the citizenry of my nation, started to fall on my deaf ears years ago. My ears are deaf often because the self-serving attitudes of far too many of our elected officials take center stage, making it very clear that they are more concerned with satisfying particular [constituencies] than they are me.

Well, I got started on something I didn’t plan. Let’s get into what I’m writing this piece about. If you’re getting a sense that I haven’t planned exactly what I’m going to write about, you’re right on target. This piece is being composed, as I write, not like most of my pieces where I draft, outline, think about before -hand prior to sitting down to the keyboard.

I watched a good portion of the Robert Mueller congressional hearing yesterday. Of course, you know who Robert Mueller is, unless you’ve been sitting under a fig tree somewhere for the last year and a half completely off grid. The congressional committee members spent the better part of a good day asking Mr. Mueller questions about his report, which was written to reflect the evidence, or lack there of, about the President of the United States being complicit in collusion. Mr. Mueller kept true to his promise that he would not stray from what was already compiled in the report. The whole hearing was a stroll through the flower patch, producing nothing of consequence. Oops! I said I was going to get into what I wanted to write this piece about. I haven’t done so yet, or have I?

Most of you thinking sorts spend a good portion of your lives investing mental and emotional energy on what’s wrong with the world. We lament over the poor state of political affairs, child abuse, racism, sexism, xenophobia, as well as a thousand other human ills that work in concert to make the world a hard place in which to live. As we do this, we fail to realize one important fact: Each of us can provide remedy in our small portion of the universe. If we see one stray cat, rescue it. If we know there is food insecurity in our community, make a regular donation to a reputable food bank. If we know things are rotten on the political front, register to vote and follow through. Not a one of us can solve problems universally with some waving of a love-and-justice magical wand, but we can, as one person, exercise the God-given power vested in our individual temples to make a difference. And it’s not so important that we receive recognition from peers, church members, the media or any entity that’s good at handing out plaques at annual social gatherings.

No way one person can find peace in themselves by focusing the “ALL”. The risk of becoming overwhelmed is far too great. The small is waiting for each of us to see it and to rescue it from pain and suffering. You would never be to assemble a Jigsaw puzzles if you looked at the image on the front of the box daily, trying to figure out a way to bring the pieces together, other than one piece at a time. 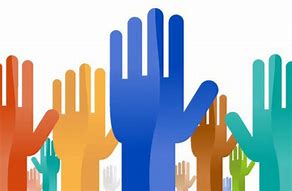