I often observe things that make me ask the question: Why do they think like that? I’m a regular social media user. Facebook is one of my social media hangouts. Occasionally, someone will post a question to Facebook, which functions as somewhat of a survey. Recently, there was one that posed the question: If you could delete anything from the world, what would it be? I don’t always respond to these little informal surveys; however, this time, I was game. When I read the question, I focused primarily on the word “thing.” To me that indicated and inanimate object or a concept. I don’t know why exactly; it just made sense.

If you’re a Facebook user, you know that once you respond to a post, you’ll receive notification when anyone else responds to that same post. The question previously mentioned garnered many responses, and they started to come in almost immediately. Most people indicated things like hate, disease, cancer, bullying, the kind of things that affect human behavior or the human body, leaving a mark that the world community could very well do without. I’ve come to notice that whenever someone posts a question like this one, there is a small number of people who respond in a way that indicates a bias against a human being. By the way, my response to the question was hate. I think hate, if eliminated would shut off the entry to all manner of social ills that plague human kind.

Before I go any further, I must admit my bias might shine through, though I hope dimly. One of the responses to the question indicated “Obama.” I found that response rather odd. First, most people evidently thought like me, apparently thinking a concept, an infection, destructive weather, earth quakes, or something that forces itself upon all of us should go. However, the response that indicated the name of a former President of the Unite States was troubling to me. Mr. Obama is no longer president, yet this person felt he, and I’m guessing here, had left a mark on the political landscape that would only be erased by his elimination from the planet. As I thought more about the response, I couldn’t help but think: How violent, how cruel a response this was. Furthermore, I thought this response came from someone who was infected by the thing I indicated the world could do without: hate.

Our country, the United States of America is quite divided now. This division is nothing new. There has always been an under current of hostility that has been bucking to get loose and openly project vitriol against “them’; those other folks who don’t look like us, talk like us, or who by virtue of birth/culture occupy a demographic that is deemed minority status. I have come to think that anyone who hates, for any reason, but especially because of some warped stereotypical concept of another human being, is just as much a victim as the person to whom they project their sick thoughts.

Being a person of faith, I take the Holy ancient Judea-Christian scriptures seriously, and when they tell us that God loved the world (the people in it) so much that He gave His Son as a sacrifice, I see the inestimable quality of that sacrifice. This sacrifice was offered out of love, but the perpetrators who carried it out administered it out of hate. 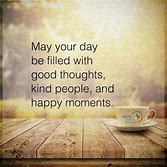 A world without hate, would be a marvelous thing, and it will be eventually. Oops, my faith is showing.

3 thoughts on “We don’t all think alike: a problem much too often?”