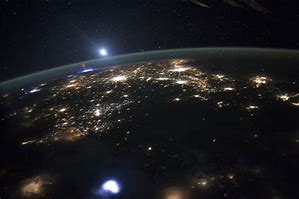 I wrote this piece two years ago. For some reason, which I’ve yet to comprehend, I chose not to publish it at the time. I just accidentally ran across it in my files. The political and cultural landscape in America has devolved (in my opinion). I think I’ll publish it now. Here goes:

I live in Little Rock, Arkansas. If you know anything about Little Rock, you probably are familiar with the 1957 Little Rock Central High school crisis. Of course, this is when nine black students were ushered into the halls of what was once the largest high school in America to desegregate the place. Given this infamous history, it’s probably no surprise to some that Arkansas was a participant in some of the post-Trump victory unrest that took place across the country. I emphasize the phrase, “across the country” because Arkansas claimed no attribute of exclusivity last week in showing its ugliness after Mr. Trump became our elect for the 45th president of the United States. One place in my great state that saw some of this nonsense roll out was Star City, Arkansas.

Star City is a very small town of 2,274 nestled between the Arkansas Delta and Arkansas Timberland. The high school has roughly 470 students. Two days after the presidential election, attendance at Star City High School had dropped to 150 students due to an increased level of unrest caused by several altercations that had erupted on the small, rural campus. As I read accounts of several disruptions to the educational process around my state, my home, following the election of Mr. trump, I thought of the truth found in sacred scripture, “There’s nothing new under the sun.” There has been mindless social unrest in civil society since time immemorial. I also thought of the members of the electorate who handed Mr. Trump his victory. Mr. Trump owes his triumph to the tens of thousands of white, rural folks around the country who have become weary of the perception that they have been told to “eat cake.” These “fellow” Americans have seen their American dream shaken at the core by such things as the export of Jobs, decreasing purchase power, and God-forbid the browning of main street America.

There was a recent quote in our state’s largest newspaper, the Arkansas Democrat Gazette, out of Little Rock, our capital city. The quote is from Jason Lawrence, principal of the high school in Conway Arkansas, “This week, half of America is upset, confused, worried, and scared. The other half is excited, optimistic, and proud. One-hundred percent of us are on this rock together.” I trust that Mr. Lawrence appreciates the power of his statement. Two phrases in his statement when he speaks of the halves of America and the undeniable fact that we are all on this rock together. We are in fact Americans acting contrary to how we should be. We live in a blessed country that is still the greatest experiment in self-governing the world has even seen. We also are in this experiment together. Why, then, is it so hard for us to realize that together we can stand like no nation has stood before? Fear and ignorance have been two of the most powerful foes of civilization, and they will continue to be as humankind continues to occupy the surface of this rock (planet Earth).

I’m old and blessed…hope you will be to