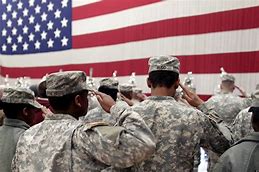 Today is November 12, 2018, the date set aside to commemorate Veteran’s Day in America. The actual day of the holiday was yesterday, November 11; however, this was on a Sunday. A few minutes ago, I was watching a video on Facebook where a young black man was sitting in the middle of a stage playing Halleluiah on a cello. I think the video was a British production, since there was an announcer with a British accent asking the audience to stand at one point. The purpose of the production was to recognize the sacrifices made by military personnel during generations of conflict.

The young man, the diversity of the audience, the diversity of the many people who came down stage, holding photos of those long gone was quite moving. I found myself emotionally touched, as I thought about all the people who have fought on foreign lands to stop the advances of tyranny and nationalism. The last century offered up frightful examples of what could have happened worldwide, if warriors for freedom and democracy had not been sent forward to fight.

It’s interesting how most of us are not aware of the ongoing efforts for which our military personnel are responsible. As many of us sit in the comfort of our homes, watching our huge flat screens and playing with our cell phones, young military women and men are putting their lives in harms way. Some might debate the wisdom of sending our precious human resources to far-flung locations, that many of us can’t locate on a map. Legitimate though that argument might be, I’m not writing this piece to air the debate about whether the United States should mind its business and stay out of other’s wars. I’m simply acknowledging the fact that our people, our sons and daughters are making the sacrifice. They are answering the call to duty. They don’t have the luxury of debating the merits of their assignments. They’ve sworn an oath to defend and protect, period.

So, as our warriors are being sent forward, exercising their duties around the clock, I can rest peacefully. I have reasonable assurance that the freedom to which I have become accustomed will continue to be my gift.

To all who have and are currently serving in the United States military, thank you for your sacrificial service.